If you've ever heard of meteor showers, then you've already heard of Orionids. This beautiful and surprising natural phenomenon happens every time the earth crosses the trail of a series of particles that the comets leave behind. These comet remains are from Halley's comet, which orbits the sun every 76 years and is observable around the world at certain times. When this happens, we can see about 20 shooting stars in the sky for an hour. The Orionids are meteors that have a fast speed of movement, approximately 60 kilometers per second or even more, and usually leave a yellow or greenish wake in their path.

Orionids are a group of meteors that fall into the atmosphere as a shower of colors and as shooting stars. This beautiful natural phenomenon gives a spectacle of light thanks to the remains of Halley's comet, which orbits the sun every 76 years.

History of the Orionids

To know the history of the Orionids, we must also know the history of the famous Halley’s comet. It was one of the biggest and brightest we have ever seen. Its name was given in honor of astronomer Edmund Halley, who made an accurate calculation of its orbit in 1705, he could predict that the comet would return in 1759. This discovery marked a great triumph over Newton’s theory of gravitation. Halley’s last step occurred in 1986 and his next visit is eagerly awaited in 2061. This comet can only be observed every 75 years and very few people actually get the chance to see the comet twice in their lives.

The Orionids, a rain of stars that happens at this time, seem to come out of the Orion constellation and from there its name is derived. The Orion constellation takes its name from a famous figure that belongs to Greek mythology and is very recognized worldwide, is full of stars which have so much brightness that they can be seen in both hemispheres of the planet depending on the season in which they are.

Star rains are a large number of particles that come from outer space and are closely related to remains of particles that comets leave behind when they circulate near the sun. When the comets make their different journeys they encounter different gusts of solar wind producing a gas decomposition, and then what was a giant comet begins to disintegrate into smaller particles, which can be observed in the sky. During some seasons, falling stars increase in number and leave a specific region, which at the same time is associated with a constellation, and from there, they acquire the name with which we know them. In order for a rain of stars to happen, there must be an interaction of different elements such as wind and meteors. Star rains are an incredible and beautiful phenomenon to observe, they cause the sky to be filled with different concentric circles that travel the same way as the comet, they travel at great speed and depending on the atmospheric conditions, they have great visibility. It is important to mention that when a star rain has the capacity to produce more than 1000 meteorites per hour, it is called a meteor storm.

When can you see the Orionids

To observe a rain of stars, the best time to watch is around four and five in the morning, approximately two hours before sunrise, and this is the highest point to better appreciate the phenomena. The best way to do this is looking for a dark place away from the city’s brightness.

Where the Orionids can be seen

The Orionids can be seen from all over the world. However, it is important to take some curious steps to enjoy them. Obviously, the weather will greatly influence the ability to observe the rain. The first thing you should do is look for Orion constellation, which is also visible anywhere, can be observed all night in winter, during summer in the southern hemisphere and a few hours before sunrise. Looking for a place far from the city is ideal because the light pollution produced by artificial light bulbs will not interfere with the starlight. Countries such as Mexico, Ecuador, Peru, are some examples of places where this rain of stars can be enjoyed. 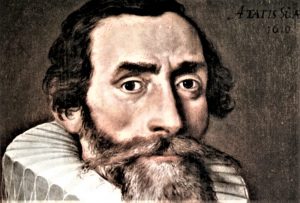