A microorganism is a living being whose size is too small to be seen by simple sight. Examples of microorganisms include bacteria, arches, algae, protozoa and microscopic animals such as the dust mite. These microorganisms have generally been underestimated and very few of them have been studied. In fact, it was not until Anton Von Leeuwenhoek invented the microscope that its existence was not even known. Until then, scientists used to think that phenomena related to disease and food spoilage were caused by certain types of vapors or by the well-known theory of spontaneous generation.

Microorganisms are very tiny beings that can only be seen through the use of microscopes. They are beings that have only one cell and are responsible for food spoilage and disease.

Microbiology has had a long and rich history, initially focusing on the different causes of infectious diseases, but now, it includes practical applications of science. Many people have made important and significant contributions to the development of microbiology. Historians are not yet sure who made the first observations of microorganisms, but it is known that the microscope was available in the mid-17th century, and during that time, there was an English scientist named Robert Hooke who made some key observations. He was well known and famous for observing strands of fungi between the cell specimens he saw. In the 1670s and later decades, a Dutch merchant named Anton van Leeuwenhoek made careful observations of microscopic organisms, which he called animalcules. Until his death in 1723, van Leeuwenhoek revealed the microscopic world to the scientists of the time and for this reason he is considered one of the first to provide accurate descriptions of protozoa, fungi and bacteria.

What are microorganisms for?

Microorganisms are also important to human life. Different health benefits have been discovered by scientists. It has been shown that children have a large amount of bacteria in their faeces, which in fact make them healthier. The use of probiotics helps maintain a microbial balance in the intestines as well. For these reasons, microorganisms are considered beneficial to humans because they improve nutrition and play important specific therapeutic roles.

The most notorious are the following:

The classification of microorganisms is given through microbiology, so it is possible to classify the four groups:

They are used both in the field of industry and in the production of food and medicines. They are indispensable within the ecosystem because they are in charge of carrying out the biogeochemical cycles. They are capable of converting organic matter into waste, which is transformed to be used again by autotrophs. They can convert molecular nitrogen into forms that plants can assimilate.

Microorganisms can reproduce sexually and asexually. Asexual reproduction is characterized by the fact that different biological mechanisms must be involved in order for it to occur correctly, whether by binary fission or gemmation. Sexual reproduction occurs when DNA is combined with other cells and is also known as parasexual phenomena.

Are those microorganisms that are capable of causing diseases and infections in the organism in which they are living. They exist from those that produce illnesses inside a hospital that are known as nosocomial, to those that are of benefit for our body as the saprophytes. The most important are: bacteria, viruses, protozoa, fungi and prions.

These are the organisms that inhabit in symbiosis with the human, for example, the intestinal flora. They are bacteria that inhabit our interior but at the same time receive protection and food. There are also microorganisms that live in the soil that help to fix atmospheric nitrogen, beneficial for plants. 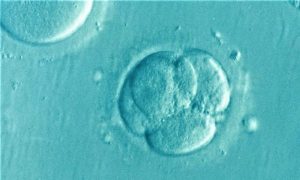