A unicellular organism is an organism that consists of a single cell. This means that all the processes of life occur in them, such as reproduction, feeding, digestion and excretion, but, all of them occur in a single cell. Amoebas, bacteria and plankton are just a few types of unicellular organisms. They are usually microscopic and cannot be seen by the naked eye and are called microorganisms.

What are unicellular organisms?

The unicellular organisms are those that perform all their basic functions in a single cell, are also known by the name of microorganisms and among them we find bacteria and protozoa.

Life on Earth evolved from a single-celled organism that lived approximately 3.5 billion years ago. The study supports the “universal common ancestor” theory first proposed by Charles Darwin more than 150 years ago. Large numbers of individual microbes fossilized in rocks from 3.4 billion years ago have been found.

The main characteristics of unicellular organisms are as follows:

The structure of unicellular organisms is considered relatively simple. They are constituted by a single cell that can be prokaryote or eukaryote. It is this cell that performs all the vital functions of the cell. It also has a diffusion process through which nutrients can enter or leave the cell.

Let us remember that unicellular organisms are formed by a single cell and perform functions of relationship that allows them to receive all the information from the outside or its interior and give an answer to it in the best way to ensure survival. They then have stimulus, receiver and response.

In this type of organism, the cell is in charge of carrying out the process of capturing the stimuli and elaborating a response, and they usually do so by means of cellular movement.

Unicellular organisms feed on other organisms and on particles that are in a liquid state and are present in their environment. Its digestion is via intracellular and the molecules that are digested by these organisms and that are larger are ingested by means of pinocytosis or phagocytosis. Other particles of normal or smaller size can be entered into the cell through cell membrane and some of the processes occur through osmosis, diffusion and active transport.

Unicellular organisms reproduce by means of:

In bacteria or cyanobacteria and in unicellular algae or yeasts the breathing is direct because they are formed by a single cell and therefore, they do not need respiratory structures to take oxygen from the atmosphere.

Therefore, the respiration in them can be of two types:

One of the advantages that unicellular organisms have is that they consist of a single cell which implies that they need less nutrition, they do not need duos for reproduction since it is asexual. The disadvantage is that when they reproduce, the descendants will never be the same as their parents, so many faults are not repaired and there is no way to express the phenotype.

They have the genetic material surrounded by a membrane, so it is located inside the nucleus and have some organs such as mitochondria, chloroplast and ribosomes. Protozoa are a clear example of eukaryotic unicellular.

They have small, very simple cells and are generally known as bacteria. They are considered to be the first living beings to be found on earth during evolution. It has its genetic material organized into a nuclear body which is found in the cytoplasm and which is not bounded by any membrane.

Differences between unicellular and pluricellular organisms

In unicellular, their only cell, works hard on the cytoplasm, to stay alive, even despite the work that this represents, while a pluricellular organism makes all its cells work together to form tissues, which in turn will form organs, which will then form complex organisms.

Some examples of unicellular beings are: 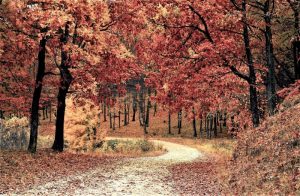