Phytoplankton is the basis of different food webs that survive in water. In a balanced ecosystem, they provide food for a wide variety of marine creatures, including whales, shrimp, snails and jellyfish. It is also known by the name of microalgae, is similar to terrestrial plants which contain chlorophyll and require sunlight to live and grow properly. Most phytoplankton float and are found in the upper ocean, where sunlight is able to penetrate water. It also requires inorganic nutrients such as nitrates, phosphates, and sulfur that convert it into proteins, fats, and carbohydrates.

They are all beings of plant origin that are found floating on the oceans' surface, they are autotrophic beings that have the capacity to perform photosynthesis and that serve as primary producers in the ocean's food chain.

Some of the main characteristics of phytoplankton are the following:

There are thousands of phytoplankton species that inhabit the Earth’s different oceans. Each of them has the ability to adapt to the particular conditions of water in which they live. Aspects such as water clarity changes, nutrient content and salinity, can change the species that live in a particular place. There is a great diversity of species due to these reasons, and among the most common species that we can find we can mention:

What do phytoplankton eat?

As for phytoplankton nutrition, it is important to mention that they are plants capable of carrying out photosynthesis process, which allows them to convert sunlight into energy by combining it with water and carbon dioxide to produce carbohydrates that are used as a nutrient. In addition to these aspects, it needs other nutrients that water provides such as nitrogen, phosphorus and iron. The first two components are necessary for its survival and reproduction. The food sources for phytoplankton are formed in nature from rock wear and the atmospheric conditions that can turn nitrogen into a productive substance for plants.

The term bioluminescence refers to light production by some types of living organisms through a series of biochemical reactions involving an enzyme known as luciferase. Scientists have recently discovered that this type of plankton has the ability to shine when they move due to stress it causes them. They use bioluminescence as a defense mechanism to attract predators to the creature that tries to eat the plankton, causing predators to become confused. For it to become bioluminescent, it needs the presence of four elements: luciferin, luciferase catalyst, adenosine triphosphate and oxygen. The places where this phenomenon is most frequently seen are the Lakshadweep Islands, located in India, and VAadhoo Island in the Maldives.

It has a high nutritional content and health benefits and is full of nutritive particles that the human body can easily absorb. It is compared to other nutritional algae such as spirulina and chlorella, but phytoplankton could be even more potent and surprising. Adding a marine phytoplankton supplement to your diet can help improve mood, so it helps against depression.

One such study, conducted by Professor Yuzuru Shimizu at the University of Rhode Island, evaluated some marine organisms with anti-tumor properties. The highlight of the research was a unicellular plankton called dinoflagellates, which has been shown to have the potential to kill cancer, and in addition, marine phytoplankton can have the same effects of oxygenation and detoxification in the body as in the ocean. 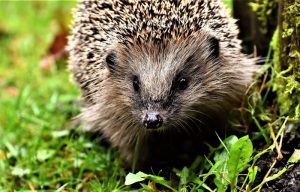