Vanadium is a metal that has a medium hardness consistency, almost like blue steel. Although it is a little-known metal, it is quite valuable in manufacturing due to its malleable, ductile and corrosion-resistant qualities. It is a trace mineral that is also found in many foods. It is considered that; in very small amounts it is necessary for normal bone growth. Most studies on vanadium have been done on animals. Because few human clinical trials have been completed, it is not recommended for any disease or condition. However, it can have an effect on blood sugar in people with diabetes. 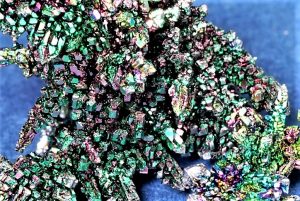 Vanadium is one of the chemical elements of the periodic table, it is a ductile metal, greyish in color, very malleable and with a ductile transition, it has a soft consistency and is not very abundant in nature. It is found in different minerals.

Its main characteristics are as follows:

The etymological origin of the word vanadium comes from the name given to the Scandinavian deity Vanadis, a name that means goddess of beauty, love and fertility. This goddess was one of the most important and also most curious figures in the Nordic and Scandinavian mythological accounts. It was discovered by the Spanish scientist and naturalist Andrés Manuel del Río, who in 1801 came across this element while analyzing vanadinite minerals.

In 1801, Andrés Manuel del Río found this element that he called Erythronium. Later, in 1805, a group of French scientists said that the discovery was simply an impure form of chromium and although del Río knew they were wrong, he accepted it. In 1830, vanadium was “rediscovered” by the Swedish chemist Nils Gabriel Sefström, who gave the element its name because of its beautiful multicolored compounds. Finally, in 1867, the English chemist Sir Henry Enfield Roscoe was able to isolate the element in a pure form.

One of its main properties is that it has good resistance to corrosion by alkalis, sulfuric acid, hydrochloric acid and seawater, because it can quickly form a layer of oxide that protects it. In powdery state it is able to burn in the air. It oxidizes easily above 660° C and can be dissolved in oxidizing acids or hot in sulfuric.

Where it is located?

It occupies the 22nd position of the elements most abundantly found in the earth’s crust, although it is rarely found naturally in its metallic form. It is very rare to find it as a free element within nature, but it can be found in about 65 different minerals, including magnetite, vanadinite, carnotite and patronite. It can also be found in phosphate rock and some crudes. It is usually obtained by heating crushed ore in the presence of carbon and chlorine to produce vanadium trichloride, which is then heated with magnesium in an argon atmosphere. About 98 percent of the vanadium ore mined comes from South Africa, Russia and China.

Vanadium can commonly be used in new batteries that can store large amounts of energy almost indefinitely, which are essential for proper operation of wind farms or remote solar sites. Small percentages can be added to create exceptionally lightweight, resilient and more elastic steel alloys. Henry Ford was the first person to use it on an industrial scale, on the 1908 T model car chassis, and today the vast majority is used in structural steel, primarily to build bridges and buildings.

According to scientists, it has not yet been confirmed that the human body needs vanadium to survive. However, it has been shown to be helpful for secreting some hormones, managing cholesterol, and blood sugar levels. Foods containing vanadium include the following: 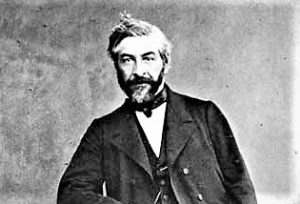 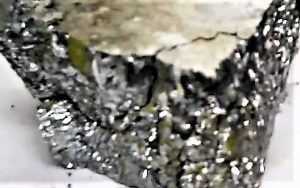