The philosopher Pythagoras, a Greek pre-Socratic, is probably one of the most important persons in the world, despite not having written any kind of article. It is also difficult to say how much of what we are told about Pythagoras's life is reliable. We can see him sometimes represented as a man of science, and sometimes as a preacher of mystical doctrines. What we do know is that between Pythagoras and mysticism existed a mixture and union. Originally from Samos, Pythagoras founded in Kroton a society that was both a religious community and a scientific school.

Philosopher and mathematician of Greek origin, founder of the Pythagorean theorem and school, who developed mathematics in ancient Greece, characterized by its mysticism and esotericism in Eastern religions.

Pythagoras’ father was called Mnesarchus and his mother was known as Pythais and was originally from Samos. Mnesarchus was a merchant from Tyre. As a child he spent his early years in Samos, however, he traveled extensively with his father. Reports have been found that Mnesarchus returned to Tyre with Pythagoras and was taught there by the Chaldeans and Syrian scholars. It is believed that he had two brothers, although some sources say that he had three. What is known is that he had a good education, learned to play the lyre, learned poetry and recited Homer.

There were several teachers who influenced Pythagoras when he was young. One of the most important was Pherekydes, which many describe as Pythagoras’ master. The other two were Thales and his disciple Anaximander, who lived in Miletus. Tales created a strong impression on Pythagoras and contributed to Pythagoras’ interest in mathematics and astronomy. In 535 B.C., he traveled to Egypt, where he visited many of the temples and participated in many discussions with the priests. He managed to enter the temple of Diospolis, where he was accepted into the priesthood after completing the rites necessary for admission.

I thought that the one was a being that had been created in harmony, in which fire and spirit moved freely. That spirit was indivisible, not manifested, and had a creative thought. He believed that it was hidden behind the multiple in order to confuse and penetrate into the essence. He believed that the universe was divided into the natural world, the human world and the divine world, since this triad formed the law of things and life. For him, the soul was the body that is spirit built, it was what gave encouragement to the body, which was able to survive after death. He also considered man as a living being who had a soul and intelligence.

According to Pythagoras, each thing had a figure and this figure, in turn, corresponded to a number according to its form, since things are numbers. Since numbers define forms, if they did not exist, then things could not exist either.

Among his most important works we can mention: 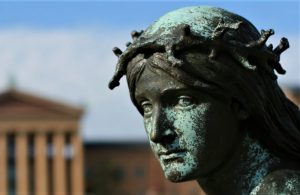 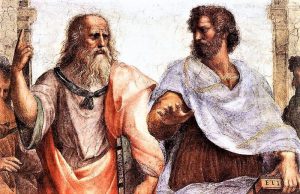