Claudius Ptolemy, a scientist of Egyptian origin, was an important astronomer, mathematician and Greek geographer who flourished in Alexandria during the 2nd century A.D. His writings represent the culminating achievement of Greco-Roman science, mainly if we refer to his geocentric model, which was based on the center of the earth as a model of the universe, what we now know as Ptolemaic system. He was an astrologer who believed that astrology was a legitimate but inaccurate science. His approach to astrology was quite practical; he thought that astrology was useful but should not be trusted completely. 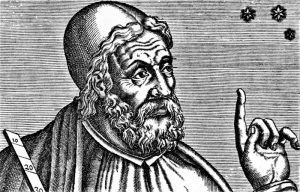 Who was Claudius Ptolemy?

Claudius Ptolemy was the last great representative of Greek astronomy, great observer, mathematician, geographer and scientist, whose main work influenced Arab and European astronomy until the Renaissance and creator of the geocentric model and Ptolemaic system.

Apparently, he was born in Ptolemy, around the year 85 and died in Alexandria in the year 165. Claudius Ptolemy grew up to become a mathematician, astrologer, astronomer and a recognized writer. His name, Claudius Ptolemaeus indicates that he lived in Egypt and “Claudius” means that he was a Roman citizen. In fact, ancient sources state that he lived and worked in Alexandria, Egypt. Ptolemy created several scientific treatises. His first and one of the most important work was the astronomical treatise known as the Almagest, which was initially called the “Mathematical Treatise“. This was an extensive text containing an outline of Aristotle’s cosmology, which included topics such as year duration, the Sun’s and Moon’s motion, the Moon’s motion, the fixed star movements and planets, among other areas of astronomical relevance.

Ptolemy made great geographical discoveries in which he created precise maps using different projection systems and discovered the geographical coordinates to locate places on earth. He discovered the theory of mirrors and light reflection and refraction. He explained the mathematical theory that gave movement to the moon, sun and planets.

Ptolemy’s theory is known as Geocentric Theory. In this theory, which is his most important creation and research, Claudius Ptolemy believed that the earth was in a static position and therefore occupied the center of the Universe, and that the Sun, Moon, stars and planets were revolving around it. He looked for a way to solve the two main questions regarding planetary motion, planet retrogradation and the increase they produce when they retrograde, and the different duration of sidereal revolutions. In his system, each of the planets moves through two or more spheres, one of them is centered in the earth and the other is the epicycles that fit in the deferent.

The name of this work was “Geography“ and in it, he gathered all the knowledge he had of Greek-Roman world. His world map was based on the world description in his own book and was a grid system representing latitude and longitude. He had eight different books with 27 different map illustrations. His map was of great importance during the Roman Empire’s eastward expansion. It helped to identify commercial ports in India. The map made a difference between two great seas, the Mediterranean Sea and the Indian Ocean to the east. The main geographical locations determined on the map were Europe, Middle East, India, the Southeast Asian peninsula, China and Sri Lanka. His book had some small measurement errors that were responsible for misleading Christopher Columbus’ journey when he tried to calculate how long it would take them to reach what he believed to be Asia.

Claudius Ptolemy’s fundamental contribution was his model of the Universe. He applied astronomy to astrology and thus created horoscopes. Through his map, he contributed to the use of longitude and latitude lines and the specification of places on earth by observing the sphere. He taught us about the different properties of light, mainly refraction and reflection through his work called Optics, which was a treatise on mathematical theory regarding light properties. He was the first to conduct research on the Law of Refraction. He influenced the astronomical and mathematical thoughts of the 16th century through his geocentric system. He perfected the methods of map projection and introduced the terms we use today: parallels and meridians to establish lines of longitude and latitude. 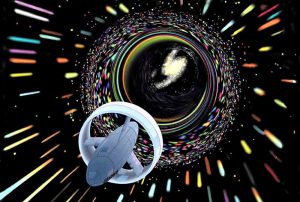 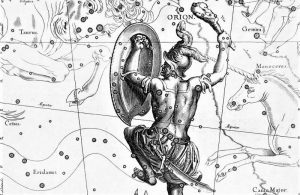 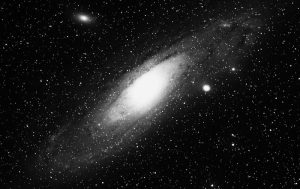 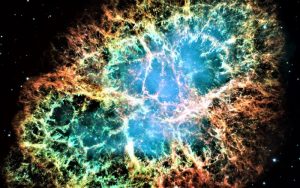