In the current context of globalization, our cultural environment is undergoing changes and becoming more and more diverse. Cultural diversity is an essential condition in human society and needs to be developed and managed appropriately to avoid problems of understanding and tolerance that can lead to problems such as discrimination, xenophobia, stereotypes, among others. In principle, there is no one culture better than another. On the contrary, a culture evolves when it interacts with other cultures that may come from different linguistic and socio-cultural contexts. However, it is important that this contact takes place in a respectful way and that is where the notion of interculturality comes into play.

Interculturality can be defined as the set of relationships and interactions that take place intentionally between different cultures in order to promote dialogue, mutual respect and the awareness of preserving the cultural identity of each individual. It should be noted that this concept not only refers to the relations that develop between individuals belonging to different countries or regions of the world, it also takes into account, individuals who are within the same community but who have different characteristics from an ethnic, social or other point of view.

It should be noted that the prefix “inter” of the term “interculturality” indicates the relationship and interactions between groups, individuals, identities. Thus, this prefix, together with the word culture, refers to a sense of reciprocity between cultures.

Interculturality is the respectful interaction between people from different cultural backgrounds. This interaction takes place under equal conditions and supposes the ability to communicate with the other, from the knowledge and understanding of their culture. In this way, interculturality contributes to integration, solidarity and coexistence between individuals.

Interculturality can take different forms and is generally an enriching experience. Contact with other cultures can be a unique opportunity to reflect on one’s own culture and the world.

On the other hand, there must be mutual recognition as this will allow the individual to recognize the other and accept him as he is. It is a question of adopting a position of openness and tolerance towards the identity of the other.

In general terms, interculturality aims is to learn to live together peacefully and constructively in a multicultural world. In addition, intercultural dialogue can be a valuable tool for conflict prevention and resolution and for promoting respect for human rights.

Other objectives that can be mentioned regarding interculturality is the sharing of perceptions of the world in order to understand and learn from those who perceive the world differently from their own. Intercultural communication also helps to manage cultural diversity in a democratic way and to develop projects together.

Interculturality is a process through which, individuals from different cultures interact to learn from both, their own culture and the culture of others.

It is important to distance oneself from one’s own beliefs, without rejecting them, and to learn to objectify the reference system of one’s own culture. It is also important to put oneself in the place of the other and to develop empathy towards the other. To understand a culture means to project oneself from another perspective. However, it should be emphasized that the culture of the other should not be generalized or reduced to a set of stereotypes.

Finally, prejudices must be overcome, and an attempt must be made to understand the other and his or her way of perceiving reality. This will make possible a correct decoding of the messages emitted by the other. Of course, it is important to be endowed with a series of knowledge that will make it possible to understand the behavior of the other.

Interculturality can be a means of developing citizenship formation since it allows the acquisition of values such as respect for others and tolerance in order to live in a harmonious society.

Moreover, cultural diversity, far from being a disadvantage, is a richness. Proof of this, we can see them in powers such as the United States, which have known how to take advantage of the contribution of the different cultures that converge there.

In the commercial field, possessing intercultural skills is currently very important for various reasons. Companies not only want their employees to have a better understanding of their workplace and their colleagues, but also to have the ability to adapt to new work environments and prevent cultural clashes.

“Interculturality refers to the presence and equitable interaction of diverse cultures and the possibility of generating shared cultural expressions, acquired through dialogue and an attitude of mutual respect. (UNESCO)

“If we cannot put an end to our differences, let us contribute to making the world a fit place for them” (John Fitzgerald Kennedy)

“I am convinced that the future belongs to non-violence, to the conciliation of different cultures” (Stéphane Hessel).

The educational model implemented in some Mexican universities is a good example of interculturality. Indeed, Mexico has 12 intercultural universities that focus on indigenous communities and key strategic areas to promote their development. It is important to remember that there is a large indigenous population in this country.

40% of the Ecuadorian population is made up of indigenous communities, of which 14 nationalities can be distinguished. In Ecuador, fourteen languages are spoken. Thus, within the same country, there is a diversity of cultural forms that converge and enrich each other. Ecuador has also created a “bilingual intercultural” indigenous education system.

In Chile, an intercultural education project has been implemented, a measure aimed at recognizing the culture of the Mapuches (native peoples of Chile), especially the Mapuche language, in a society in which Chilean culture dominates. However, according to the National Institute of Human Rights, there is still rejection of the Mapuches by Chileans. Indeed, the perception of the Mapuches is generally negative. In this case, an authentic intercultural dialogue is necessary for recognition and coexistence with the other. 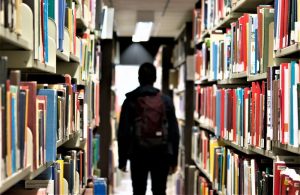