The word patriarchy originally comes from the Greek and means " father´s government", άρχειν árkhein, which means to command, and πατήρ patḗr, which means father. This mainly referred to the government exercised by parents within families and the power they exercised over the female sex. It is a form of society in which all the authority found in it is exercised through the man or the head of the house, who is called the patriarch. This definition can be extended to any type of organization in the social sphere in which an imbalance between men and women can be observed, in which there is advantage for the first ones. It is an unequal distribution of power in which many aspects come into doubt, for example, prohibition to vote, gender violence, custody of children and sexism. The first families in the world, the Hebrew ones, were patriarchs. It is a concept used mainly by social sciences, anthropology and feminist studies. It always refers to aspects of power inequality between men and women.

Patriarchy, of Greek origin means the government of the parents, this term has been used to identify social organizations in which authority is exercised by the head of the family, the man, who owned his wealth, children, wife and property.

Of Greek origin, the word patriarchy refers to the heads of Hebrew families who first settled on earth. After this stage, patriarchy became an important part of the early Christian church. Today, many churches in the world continue to use this word when they need to designate a group that belongs to a same group and that is of utmost importance. The power that exists within patriarchy may be divine, familial, or it may be founded on wills, but in all these models, man will always have total dominion. In anthropology, the word has three different criteria: filiation, which is related to descent; authority; and the post-nuptial place.

The debates that already existed on this subject took place throughout different periods, but they were mostly resumed in the 20th century, and the one in charge of speaking and exposing the subject again was the feminist movement during the sixties, looking for the way to explain the oppression and domination that existed against women.

History of the patriarchy

It is known that the traditional societies of the nineteenth and twentieth centuries show great inequality between the individuals who make up society. From ancient times, work was mostly for men while women stayed at home. The men were dedicated to hunting and the women to cook the food. History goes back to the time when horticultural and livestock societies empowered men and degraded women’s status. For the men of that time, it was more convenient that women dedicate themselves to exclusive maternity and in this way, women were degraded to an almost sub-human condition. Some Mediterranean and Middle Eastern cultures have many differences in how women should be considered, because for them, women should have had more power.

Characteristics of the patriarchy 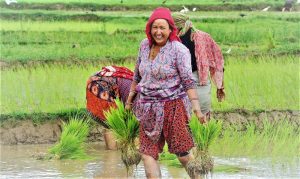