In the early days of information technology, the tools for collecting and analyzing information were limited to cardboard sheets with binary codes that were inserted into the computers of the 1960s and 1970s. The perforated card had its first use in the textile field, specifically in Joseph Marie Jacquard's machines to make fabrics in 1801. But it was the British Charles Babbage, the first one to use the perforated card in the computer area in order to control a mechanical calculator designed by him. In 1890, the American Herman Hollerith used the perforated card to collect and analyze information from the U.S. Census and promoted the use of this tool until the 1950s.

What is a punched card?

A punched card is a sheet of cardboard that can store information in binary code. This was the first tool that used informatics to enter information and instructions into computers in the 60s and 70s. British scientist Charles Babbage first used this sheet in the field of computer science to control a mechanical calculator of his invention. However, it was the American Herman Hollerith who used this type of tool for data processing.

Characteristics of the punched card

The punched card used by Hollerith had the following characteristics:

The history of the perforated card dates back to 1725 with the French Basile Bouchon and Jean-Baptiste Falcon. They used perforated paper rolls to control their textile looms.

In 1802, Joseph Marie Jacquard improved the technique of perforated paper rolls by replacing them with punched cards on his looms.

Years later, the British scientist Charles Babbage used the punched card to control the mechanical calculator he had invented. However, the American Herman Hollerith used it the most, adapting the punched cards for the 1890 U.S. Census.

Herman Hollerith, as founder of IBM, was able to commercialize many technological equipment’s to create, sort and tabulate punched cards for many decades until the 1950s, when they became in the main resource of data entry and storage worldwide. IBM’s best-known punch card was the 5081 and was so commercialized that other companies copied its format to sell it as a standard product.

Nowadays, the perforated card is a reference of the first computers since they were substituted by electronic, optical and virtual storage formats.

How the punched card works

The punched cards work with binary code, that means that where there is a small hole means Zero (0) for the machine and when there is no hole means one (1) for the machine. The machine translates it into results emitted by the computer. Each one of the spaces where a perforation can be done, is known as bits (acronym of Binary Digit), to then be known as chad or chip (for IBM).

What is the punched card for

The punched cards were first used by J. Jacquard in 1902 to control the operation of the looms mechanically. But Hollerith was the one who used them to work the information and for informatic science using electromechanical tools.

This first invention of Herman Hollerith evolved to the perforated card, a system to compute data that was patented in 1889.

The storage capacity of the punched card varied according to the number of questions to be asked and the answer to which would be marked on the card.

For example, in the case of the cards designed by Hollerith for the U.S. Census in 1890, they had 20 columns of questions that could be answered with yes or no, being yes a perforation.

In 1928, IBM developed new punched cards with 52 and 80 columns to store and analyze more information. 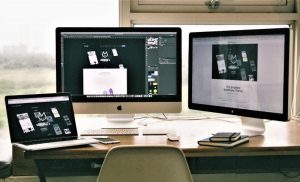 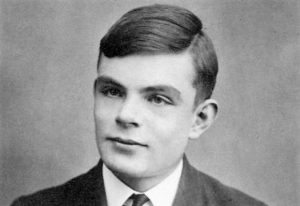