Of all the works involved in a film production that have existed so far, there is one in particular that seems to cause a lot of confusion. So, we're talking about film producers. It's not difficult to see why the title of the work causes so much confusion. Such is the vagueness of the term "producer" that we have even film producers have struggled to describe the work in a few concise sentences.

What is a producer?

The film or film producer is the legal representative that a film work has and is responsible for the organizational and technical aspects that are included within the film complementing the director.

He is in charge of looking for producers who want to invest. Sometimes, the executive producer is the only producer, and this sometimes leads to confusion.

He is in charge of controlling everything that the producer has asked for to be executed in a suitable way, this includes the established deadlines and mainly that it is sufficient with the budget that has been destined to it. He is in charge of checking that the money and time are invested properly. His work is more difficult to quantify when talking about prizes because they are not taken into account.

What does he do?

A producer is a person who assists in the development, planning, execution and marketing of a film. It is the person who initiates, coordinates, supervises and manages the creation and production of films, television programs, web series and commercial videos. He is also involved in all phases of production from start to finish, including the coordination, supervision and control of finance, talent and craftsmanship.

How to become a producer?

To be a producer you must understand the audience, have a vast knowledge of how it works to attract people to watch or listen to the programs that are produced. You must understand and be aware of the needs and preferences of advertisers and programs. Be creative and look for information suitable for the programs.

How much does he earn?

Generally, producers and directors of television, video and motion picture productions earned an annual salary of approximately US$92,220 and 50 percent of salaries averaged US$70,660.

How it differs from the director?

Producers are those people who are in charge of legally representing a work and are responsible for all the organizational and technical aspects of a film, thus complementing the director’s work. The film director is the person in charge of directing a film, giving instructions to the actors, determining the positions of the cameras, controlling and inspecting the set and costumes to make it suitable.

The producer is one of the first people to be involved in a production and for this reason is of utmost importance because through their decisions, the financial success of a film or album can be achieved. 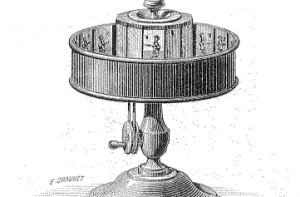