The long jump is an event used in the athletic category. The test consists of covering as much distance as possible in a horizontal plane after a race. It is one of the most spontaneous sporting gestures that exist today. So we can say that the jump consists of making a single leap forward, taking off with one leg after the impulse generated by the race. It was part of the first Olympic Games in ancient Greece and was also one of the most modern games that were enjoyed for the first time in 1896. 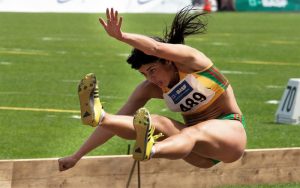 What is the long jump?

The long jump is an athletics event that consists of covering as much distance as possible within a track and then, perform a single jump forward driven by the race performed. It is one of the oldest sporting disciplines.

The long jump must be performed in a certain area. The runner must perform a jump and achieve a fall over a sand pit. The distance of this jump is measured from the position of the board to the most delayed mark made by the athlete on the sand mound. Then we can say that the jump consists of making a single leap forward, taking off with one leg after the impulse generated by the race.

History of the long jump

The long jump has existed in all the sports competitions of antiquity. The Greeks were in charge of including this modality within the Olympic Games in the year 776 before Christ, at which time the jump was made with halter weights, which were a kind of weights, and carried them in each hand. Athens was the first place where the competitions were enhanced, including the long jump. It began to be part of the Olympic Games in early 1896 and in 1928 women were allowed to participate in this discipline. At the beginning of the 19th century, Adam William made a jump of 5.41 meters. Another important representative was John Lane, who jumped 7.05 meters in 1874.

The main phases of the long jump are as follows:

Although there is no standard measurement for performing the track jump, acceleration tracks generally measure approximately 50 meters. Within the track, the jump lines are located between one and three meters before reaching the pit. After the line, a modelling clay board or a similar material must be placed to allow an adequate visibility of the event. In the landing area, better known as the pit, a wet sand bank should be placed, measuring approximately 3 meters wide and ten meters long.

The shoes with nails are the ones used in the long jump because they give a better push and grip to the runner. These shoes are made of materials such as Eva foam, which absorbs the impact suffered by the runner when he falls. The nail lengths vary from 3mm to 15mm and will depend on the type of surface and the test to be performed. 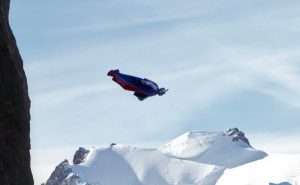 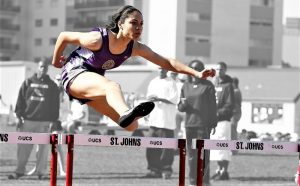 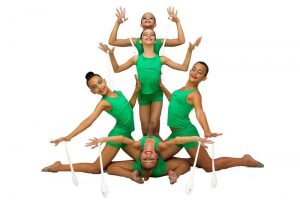 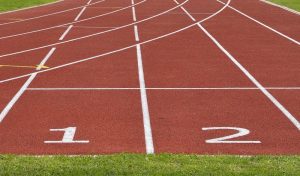