What is continental drift?

It was a scientific theory developed in the years 1908-1912 by Alfred Wegener, a German meteorologist, climatologist and geophysicist, who hypothesized that the continents had originally been part of a super continent approximately 240 million years ago before separating and finding their current locations.

At the time, Alfred Wegener was well known for his work in the field of polar meteorology and research, but today he is best remembered for his contributions to the development of the continental drift theory. His first ideas came when he noticed that the Earth’s continents fitted closely, but not along its coasts due to erosion and wear. Then he realized that, on the continental shelves, all the great masses of the Earth fit almost perfectly. He made several expeditions to both sides of the Atlantic Ocean to analyze the type of rock and the distribution of fossils and found an important overlap between the East and West sides of the Atlantic Ocean. He then succeeded in demonstrating that 2 billion-year-old rocks were continuous from one continent to another.

Wegener deduced that the continents must have been connected in a single super continent called Pangea, about 300 million years ago, and that from this mass, continents were separated, fragmenting into two blocks capable of moving: Laurasia, which would later give rise to North America, Europe and Asia; and Gondwana, which would give rise to Africa, South America, Australia, Antarctica and India, until the continents manage to acquire and positions in the places where they are today. He presented his ideas to the German Geological Association in 1912, and wrote a book entitled “The Origin of Continents and Oceans” in 1915. During his studies, he managed to gather geographical, geological and paleo-climatic, paleontological proofs that supported his theory, although later it was discarded by scientists.

In his studies, he used several tests or evidences that we detail below:

The stages of continental drift were:

The theory of continental drift is and has been important because it has helped scientists explain the different formations of mountains and mountain ranges. It also managed to change the perspective of how the world began, because at first, it was thought to have originated from a large fused mass. 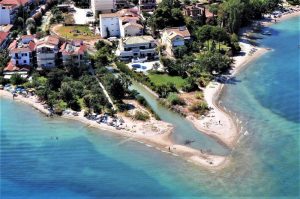 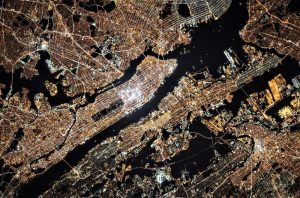