The thermosphere is a layer of the earth's atmosphere that is also known by the name of ionosphere, is the layer that is located between the mesosphere and the exosphere, and which has an extension that begins between 80 and 120 kilometers from the Earth, managing to extend between 500 and 1000 kilometers of the earth's surface. It is in this layer where the ultraviolet radiation, and especially the gamma rays and X rays originated by the sun, constantly cause the ionization of sodium atoms and various types of molecules. While this process of ionization takes place, the gases that make up the thermosphere raise their temperature by several hundred degrees, and it is from this process that its name is derived. This is the atmospheric layer in which we can observe space shuttles. The air particles inside this layer are very separate. It is the fourth layer of the atmosphere and its name is due to the high temperatures caused by already ionized gases, and from there derives its second name.

What is the thermosphere?

The air in the lower atmosphere consists mainly of a mixture of approximately 80% nitrogen molecules (N2) and approximately 20% oxygen molecules (O2). In and above the thermosphere, the gas particles collide so that the gases are somehow separated according to the types of chemical elements they contain. Ultraviolet energy photons and X-rays from the sun also break molecules in the thermosphere. In the upper thermosphere, atomic oxygen (O), atomic nitrogen (N) and helium (He) are the main components of air.

The thermosphere is very important for human life as it contributes enormously to protecting the earth, as well as enabling space exploration and modern forms of communication. It recycles water, absorbs the sun’s energy and creates a moderate temperature. This helps protect the earth from the extremely cold temperatures that come from space. It also absorbs much of the sun’s ultraviolet and X-ray radiation.

The sublayer within the thermosphere known as the ionosphere is a layer containing charged or ionized ions, and these have a very important role in wireless communications and broadcasting, as they can reflect the radio waves transmitted by radio stations and communication centers. The ionosphere is surrounded by two magnetic belts known as Van-Allen belts. These belts play an important role in scattering cosmic radiation away from the Earth.

An aurora borealis is also known as polar lights, northern lights (aurora borealis) or southern lights (Aurora Australis), it is a screen of natural light in the earth’s sky. It is a phenomenon worth admiring that emits rays full of light without causing any increase in the atmosphere and occurs when there is an expulsion of solar mass that collides with the north and south poles of the outer part of the atmosphere in which diffuse light is produced composed of proton particles responsible for diffusing color. The disposition that possesses the magnetic field of earth crashes against the space producing the lights that we know as aurora borealis. 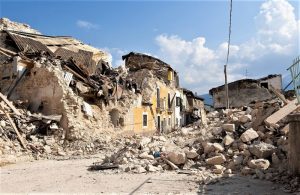