During the Renaissance period in Europe, a stage of thought transformation was generated in Italy that freed itself from the limitations imposed by the religious doctrine that had governed in the Middle Ages, to focus on the development of sciences and arts, rescuing the Greek-Latin philosophical influences and focusing on man by man. This movement, known as humanism, spread rapidly throughout Europe in the fourteenth century, causing great changes in the Catholic Church, education, letters, art and science.

Humanism is an intellectual and philosophical movement of the Renaissance that originated in Italy between the 14th and 16th centuries. Its pillars were the renewal of the classical Greco-Latin world and the exaltation of the human being. It was interested in the development of thought over all beliefs or superstition, the exercise of science, analysis and interpretation, the study of Latin and Greek as the basic languages of modern languages and an interest in man and nature. Humanist thought developed until it had great influence in areas such as psychology, politics and other social sciences.

Humanism as philosophical and intellectual thought gives value to the subjective and private experiences of each person. It is the man focused on man and his development in society. This movement of thought is articulated under the form of a philosophical attitude that focuses on the human being and human values.

Among the most outstanding characteristics of humanism, the following can be mentioned:

The main objective of humanism was to recover all the disciplines that came from classical Antiquity and Greco-Latin philosophy in order to form a new man and a new world.

Later, with the course of time, various approaches to humanism were generated, which continued to focus on man and his development in society but from different points of view.

During the Renaissance, humanism generated many contributions in the fields of science, arts and literature. Examples of these contributions are:

Humanism has its origin in the Middle Ages, in Italy between the fourteenth and sixteenth centuries when it began to spread throughout Europe. Florence was the cradle of this Renaissance movement, from where the new philosophers, scientists and artists arose, who changed the theocentric vision that handled the church during the Middle Ages for an anthropocentric vision, where the man was the center and measure of everything.

Between the 14th and 15th centuries, the way of acquiring knowledge passes from faith (revealed knowledge) to reason, experience and observation (empirical knowledge), seeking to transform man into a creator of his destiny and of everything he does.

But the history of humanism does not stop at the Renaissance since it advances until the Modern Age mixing with other philosophical ideas and generating different types of humanist currents such as classical, Christian, Marxist, existentialist, among others.

There are different types of humanism. Among the most emblematic are the following:

Humanism’s importance lies in the historical restoration of the disciplines that facilitated the knowledge of classical Antiquity, seeking to revive Greco-Latin philosophy, the human spirit, developing liberal knowledge, rhetoric, grammar, history, literature and sciences in opposition to Theology.

Humanism has many representative characters among which we can mention some such as: Francesco Petrarca, Juan Boccacio, Erasmus of Rotterdam, Leonardo Da Vinci, Galileo, Paracelsus, Dante Alighieri among others.

Among the most outstanding literary works in humanism we can mention the following: 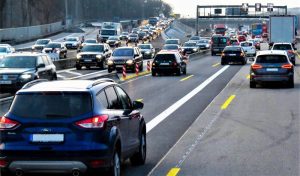