The hovercraft is the only totally amphibious mechanical device, as it can go everywhere: on land, water, sand, snow or ice. The principle of the hovercraft is simple: all it takes is to send air permanently underneath to lift it and make it move.

What is a hovercraft?

A hovercraft is an aircraft that moves thanks to the effect it produces when it throws air against the surface beneath it, creating an air cushion that allows it not to rub against the surface on which it moves. Many times it is powered by propellers. It can move on sand, sea, snow or ice and can reach a speed of more than 150 km per hour.

History of the hovercraft

The hovercraft story begins with Swedish philosopher and theologian Emanuel Swedenborg, who created a platform that resembled a reverse boat and contained an air cushion that propelled the vehicle. This design also had a central cabin and paddles in the shape of oars that would serve to propel the air downwards.

Emanuel Swedenborg’s idea was not realized because human force did not produce enough thrust to lift the aircraft.

In 1952, Christopher Cockerell, a British inventor, developed an engine that would allow a vehicle to be suspended on an air cushion and move on various surfaces such as muddy, watery or firm ground.

Between 1959 and 1961, the first public tests were carried out thanks to the British aircraft manufacturer Saunders Roe. The first aircraft was called SR-N1 and was capable of transporting one person.

In 1961, Vickers VA-3 is created, the first passenger hovercraft off the coast of Wales.

In the 1960s Sauders Roe developed different hovercraft models that could carry more passengers. Among their designs were the SR-N2 and SR-N6, which were equipped with turboprop engines.

Today, there are different types of hovercraft for civil, sports and military purposes that can be used on lakes, swamps, rivers and other surfaces.

In Europe, there are championships of non-sponsored hovercraft that has a growing fan base.

In military field, hovercraft can reach a speed that can go unnoticed by some radars or sonars and also leave no traces of their journey.

Characteristics of the hovercraft

With regard to the most relevant characteristics, it can be mentioned that:

How does a hovercraft work?

It is an aircraft that moves thanks to an air cushion that separates the vehicle from the surface beneath it, whether terrestrial or aquatic. After being separated from the ground by air effect generated by its lower engine, there is another engine or other engines that allow you to move forward or backward at different speeds. In this sense, it has two forces to move, one descending, generated by the air cushion to avoid rubbing with the ground and another horizontal, to give advance or direction to the vehicle.

In military field, the hovercraft have been used by many armies worldwide, either for moving weapons or combat vehicles.

How to make a homemade hovercraft?

Making a home hovercraft is very easy. You only need some materials that you can have at home and follow two simple steps.

To make the hovercraft, just place the glue on the plastic bottle edge and glue it to the center of the compact disc, making sure there are no empty spaces between the disc and the bottle cap.

If you don’t have this type of cap, you can cut out the top of a bottle and stick it to the CD in the center.

After sticking the cap tightly to the disc, just inflate the balloon and place it in the closed cap of the bottle.

When the cap valve is lifted, the air in the balloon will press down and the disc will move in one direction, like a hovercraft.

If the top of a bottle is used, a cardboard must be placed in the hole of the compact disc with five small openings for the air to pass through. The balloon is then inflated and placed in the mouth of the bottle. The disc will then begin to move across the floor.

It is very important that the surface where the hovercraft moves is as flat as possible. 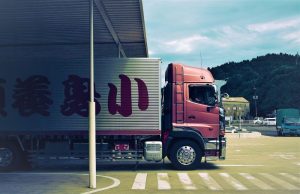