Considered as one of the best representatives of pictorial art and famous Spanish Baroque painter who captured his works regardless of the theme: religious, landscapes, historical. Diego Velázquez is universally recognized as one of the best artists in the world. The naturalistic style in which he stood out, gave him an expression form that made him remarkable, his great observation power when portraying both the living model and the still life. He was greatly stimulated by the study of Venetian painting of the sixteenth century. He developed from a master of faithful similarity and characterization, in the creator of masterpieces of visual impression unique in his time. With a brilliant diversity of brushstrokes and delicate color harmonies, Diego Velázquez managed to give beautiful effects of form and texture, space, light and atmosphere, which made him the main precursor of the French impressionism that emerged during the nineteenth century.

Who was Diego Velázquez?

One of the greatest pictorial art representatives who dedicated himself to capturing landscapes, religious and historical themes in his works. A Spanish Baroque painter who, full of color and drama, made impressive paintings, becoming the main exhibitor of French impressionism.

Diego Velázquez was born in Seville in 1599 and died in Madrid in 1660. When he turned 12, he began as an apprentice at Francisco Pacheco’s workshop, who focused on dark naturalism. At the age of 19 he got married to Juana, who was younger than him. His first works were made during the first half of the 17th century, between 1617 and 1623. During the Sevillian stage, his main teacher was Pacheco, with whom he learned to draw in almost a perfect way and to give an adequate organization to his ideas. He was characterized by his paintings full of realism and light contrasts and his themes were focused on religion. During the years 1623 and 1629, Velázquez dedicated himself to be a camera painter for Philip IV, achieving in this way a more fame and better quality works. In 1628, Diego Velázquez befriended Petrus Paulus and in 1629 he managed to travel to Naples where he studied Renaissance and Italian painting. Before he died, he was named Knight of Santiago, however, because of his Jewish descent, he cannot be recognized. On July 31, 1660, he fell ill with fever and died on August 6, 1660, in Madrid.

At the beginning of his artistic career, his style focused on chiaroscuro, widely using intense light and focused on a particular point. His brush-strokes perfectly shaped the figures and his colors were copper and toasted. His color palette was also based on grays and blacks with opaque brush-strokes for his backgrounds. When he traveled to Italy, his style was transformed by trying new techniques, seeking more luminosity and giving colors with more transparency and precision.

The most important works that Diego Velázquez made at the end of his career were Las hilanderas, in 1644, and Las Meninas, in 1565, which showed the story of a family group with him as the protagonist in the scene.

The Meninas by Diego Velázquez

This work was the pinnacle for Diego Velázquez. It represented the royal family in the painter’s workshop. He made a self-portrait in which he painted the kings, who at the same time were reflected in the mirror. He represented the infanta Margarita, who met her buffoons and her dog. It was catalogued as a painting full of realism, in which the aerial perspective was the main focus. 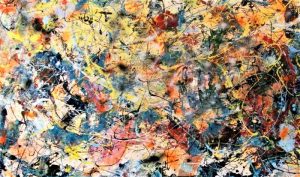 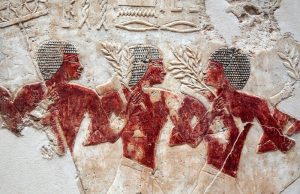 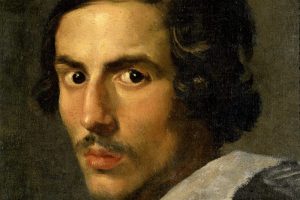