Post-impressionism is an artistic movement that encompasses a wide range of styles related to art, all different, but all sharing a common motivation to respond to the optics of the impressionist movement. The stylistic variations gathered under the general banner of Post-Impressionism range from Georges Seurat's scientifically oriented Neo-Impressionism to Paul Gauguin's exuberant symbolism, but all these variations are always centered on the artist's subjective vision.

It is an artistic movement that was born in France and that shows itself in opposition to impressionism, although it takes some elements from it, it rejects, at the same time, a series of limitations that it implies. It is the basis of the most modern and contemporary styles.

The movement established the beginning of an era in which painting transcended its traditional role as a window to the world and in turn, became a window to the artist’s mind and soul. The powerful aesthetic impact of the post-impressionists influenced groups that emerged in the early 20th century, such as expressionists, as well as more contemporary movements, such as feminist art related to identity.

This artistic movement is characterized mainly by the type of brush strokes, which are short and precise, producing a reflection of the rapid changes that took place during the period. It uses pure colors that evoke the radicalism lived within a society.

Lovers of Post-Impressionism do not see nature in a subjective way but see it as a whole. Their images full of movement and texture manage to show the cultural dynamism that is accelerated thanks to the new means of transport, and the importation of exotic objects, especially from the East.

It is also characterized by the liberation of classic forms, colors and textures are transformed along with the social change of the late 1800s.

The origin of Post-Impressionism as an artistic movement can be found in France, around the year 1884 with the foundation by Seurat and Signac of the Independent Artists Society. The word Post-Impressionism was coined by Roger Fry, a British critic in 1910, in an exhibition organized in London under the title “Manet and the Post impressionists”.

In 1872, Claude Monet changed the path of painting, creating a revolutionary form of visual expression in which artists responded to their modern surroundings. This was accomplished in the painting “Sunrise “, in which Monet used each visible brush stroke to record exactly how sunlight fell on steamboats and water.

Critic Louis Leroy mockingly called his painting style “Impressionist” because of the visible brush strokes, and involuntarily gave the group its collective identity. Although the main membership was composed of Claude Monet, Berthe Morisot, Auguste Renoir and Edgar Degas, there were also many other artists associated with the group. Among them was Paul Cézanne, who exhibited with the Impressionists during the 1870s and early 1880s.

Within the movement, art was considered as a specific activity that reproduced reality and not illusion. Much importance was given to drawing and to the expressiveness of both objects and human figures.

Symmetry and the use of geometry were sought, and the designs ceased to be so asymmetrical. The idea of making simple compositions that were full of harmony was also pursued. It was often built in a Gothic and Baroque style, which was considered to be the most appropriate. Curved lines and spirals were polycentric figures full of motifs and messages.

It sought to give light to the most complete and shaped works of art and images and was the basis for many movements that emerged some time later.

We can say that Post-Impressionism was born as the evolution and rupture of Impressionism. This movement has been important in the History of Art because its innovative proposals took charge of creating a pictorial renovation and managed to open the way to artistic movements known as the first avant-garde. Fauvism, cubism or expressionism could not be understood without the influence of Postimpressionism.

Among the most important works of Post-Impressionism, we can mention: 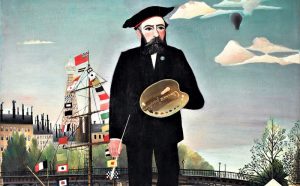 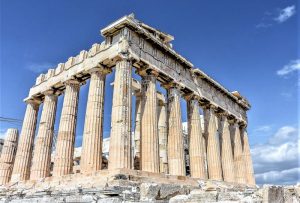 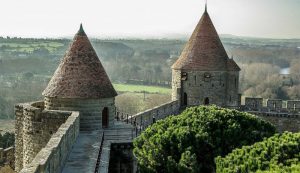