In the Bible, a group of the Jewish community known as the Pharisees is mentioned several times. These characters represented a political-religious social class made up of middle-class businessmen who always kept in touch with the entire Jewish population. The Pharisees were very religious and believed themselves an authority of the oral tradition of their people, they were very strict in obeying the Old Testament laws.  They were responsible for compiling a very important document called The Mishna, which referred to the continuation of Judaism after the destruction of Solomon's Tempo.

Who were the Pharisees?

The Pharisees were a political-religious sect in the Jewish community that was formed in the 2nd century B.C. and remained active two centuries after his death. This predominant and influential group was made up of the middle class, mostly merchants who had the support of the people. They believed themselves to be superior to others and claimed to be the strict followers of Jewish law, but in the Bible,  they are presented as men of false morals.

The Pharisees did not like Jesus because according to his customs and laws, he did not comply with them. Jesus, on the other hand, always answered their questions and bad intentions, exposing them as liars or false before God’s law. For this reason, they did everything they could to have Jesus be judged to death, and it is to them that his death is attributed.

Characteristics of the Pharisees

Of the most well-known characteristics of the Pharisees, the following can be mentioned:

The Pharisees originated as a social group between 587 and 536 BC. In these years, Jewish people were held captive by Babylon.

Between 167 and 165 B.C, they were formed as a religious sect during the revolt of the Maccabees against the Seleucid invaders and had greater strength in the reign of Juan Hircanio in 135 B.C.

History of the Pharisees

The history of the Pharisees begins in the second century B.C. with a group of Jewish people who wished to separate themselves from those who did not follow God’s law and form a sect that represented the religious and political authority of the Jewish community. In their beginnings and for many years they were respected by Israel.

They appear after the Jews leave Assyria for Jerusalem and encourage the people to follow the law. They were not priests but dedicated themselves to the worship of God’s law.

One of their important contributions was to compile a very important document called The Mishna, which referred to the continuation of Judaism after the destruction of Solomon’s Tempo.

Over the years, the Pharisees expanded the laws of God with their interpretations deforming the original laws. For this reason, the Pharisees were strongly criticized by Jesus, who made them look like hypocrites and liars by complying with God’s law.

The Pharisees had a doctrine based on soul immortality, where good people were rewarded, and bad people were sent to hell.

Among the traditions most followed by the Pharisees were the following:

The Pharisees wore luxurious clothes with blue stripes on the corners of their cloak and four fringed ends. A garment worn by this Jewish sect was the tallit or prayer shawl.

The Pharisees also carried with them a small metal box or parchment strips tied to the hand or forehead with scripture passages referring to the Passover and Moses’ redemption.

Why the Pharisees criticized Jesus

The Pharisees criticized the figure of Jesus because they thought that Christ did not follow the law as they carried it. They said that Jesus didn’t keep the Sabbath, didn’t do the handwashing, and Jesus always met with sinners and tax collectors. Others falsely accused Jesus of casting out demons through the demon governor.

Jesus’ disciples were also criticized by the Pharisees for not complying with the traditional handwashing, but Jesus showed them that this Law did not come from God but from man and that they were violators of God’s Law.

The Pharisees were always against Jesus and made every effort to bring them to death. They were the ones who preferred the freedom of Barabbas and the death of Jesus before Pontius Pilate, and they were the ones who asked the Romans to secure Jesus’ tomb so that his body would not be stolen.

Questions from the Pharisees to Jesus

The Pharisees asked Jesus questions to tempt him, yet Jesus always knew how to answer their questions.

Among the questions that the Pharisees asked Jesus, we will mention the three best known. These are:

Currently, there are some phrases of popular use that refer to the Pharisees but in a negative way. Some of these are: 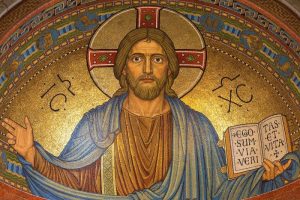 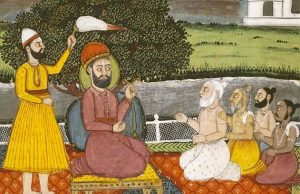