Henry VIII, the king of England, who was known for being married six times and for playing a critical role within the English Reformation, turning his country into a Protestant nation. The son of Henry VII of England and Elizabeth York, Henry became king of England after the death of his father. He married six times, beheaded two of his wives and was the main instigator of the English Reformation. His only surviving son, Edward VI, succeeded him after his death. 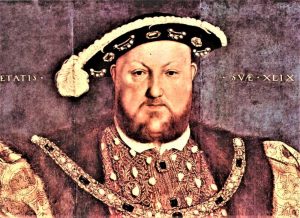 Who was Henry VIII?

Henry VIII was king of England better known for all his weddings and wives than for having ruled his country. He had his romantic side, but was considered a womanizing king, cruel and stubborn, who eventually turned his country into a Protestant nation.

Henry VIII was the king of England who managed to break all relations that existed with Catholic Church managing to establish with this fact a new cult: Anglicanism. It was also responsible for managing the Parliament’s consolidation as a body that was responsible to represent the kingdom and with its reforms and ideals, achieved the growth of maritime power.

He was able to increase real power by reducing ecclesiastical power, made a series of complicated and contradictory pacts with France and Spain, and managed to make himself seen at the European level by creating a grand war fleet.

He signed the Westminster Treaty in which he helped Spain in its fight against France. He acted as mediator between the two countries seeking to end hostilities in the meeting in the Field of Gold Cloth and in the meetings of Kent.

He was born on June 28, in 1491 in London, England, and was the son of Henry VII and Elizabeth of York. During his youth, he became interested in contemporary sports, being a great athlete and in arts such as music or poetry. He was the second monarch of the Tudor house, and in 1511, he was a member of the Holy League that fought against France. He participated in the war with Scotland and France, in which his army managed to defeat the Scots.

In 1501, his brother Arthur, the Prince of Wales and successor to the throne, married Catherine of Aragon, daughter of the Catholic Monarchs, creating an alliance between England and Spain. However, Prince Arthur died making Henry his heir. His father, seeking that the alliance with Spain was not destroyed, decided that Henry should marry Catherine the widow. On June 11, 1509, Henry married Catherine and they were crowned kings on June 24 at Westminster Abbey.

In 1510, Catherine gave birth to a child, Henry, who died a few weeks later. The queen was not able to finish her pregnancies until her daughter Maria Tudor was born, however, the king wanted an heir, and by not getting it with Catherine, he began to look for other women to achieve his purpose.

He wanted a divorce and asked the Pope, but he did not accept it, influenced by Thomas Cranmer and Thomas Cromwell and Anne Boleyn herself, broke their relationship with Catholic Church, naming himself head of the new Anglican religion. After this, he married Anne Boleyn on January 25, 1533.

His last days were filled with physical and emotional pain. He suffered from gout, which prevented her from being able to move around on several occasions, and she died expecting her son. Henry VIII died on 28 January 1547 in London. He was buried in St George’s Chapel in Windsor Castle with his third wife, Jane Seymour.

Among the main characteristics of his reign we can mention the following:

Conflict with the Church and Anglican Reform

The conflict that arose between Catholic Church and Henry VIII had its origins in his marriage to Catherine of Aragon. Henry wanted to have a son and Catherine could not give him one, he began a struggle to divorce her and marry Mary of Boleyn. In his eagerness to achieve it, he sent his secretary to the Holy See to try to convince Pope Clement VII to dissolve the marriage, because it was a deception, however, the Pope did not accept the divorce.

For this reason, Henry VIII founded his own Anglican church, with its own priests, and abolished the Catholic Church from England, which is why the Pope excommunicated Henry VIII. Henry put a law which said that anyone who was against him, would go to prison for life for treason against England.

His father was Henry VII, who married the heiress of the House of York, Elizabeth, who was the eldest daughter of Edward IV, thus joining the houses of York and Lancaster and ending the war of the Two Roses.

In his life, Henry VIII had six wives who were:

Henry VIII had three children and they all enjoyed their father’s throne at the time. The first to rise to the throne was Edward VI, who at that time was only 9 years old. Maria I, who was Catherine of Aragon’s daughter, looked for a way to revoke all religious measures because she was fervently Catholic. Her death ruined her efforts because her half-sister Elizabeth I, restored Anglicanism and became the head of the Anglican Church. Because of her refusal to marry and have children, Elizabeth I was the last of the Tudors.

Henry VIII’s brother was Arthur, who was the first-born of the first king of the Tudor dynasty, Henry VII, and his wife Elizabeth of York, and was chosen to consolidate England’s alliance with Castile and Aragon.

The importance of Henry VIII was the separation that he caused between Catholic Church and new Anglican Church which he founded, thus breaking the bonds that existed with Catholicism.

Some of his most famous phrases were the following:

Henry VIII was succeeded after his death by his son Edward VI the King, who was only 9 years old when the king died and who was Henry VIII’s only son.

Books and films about Henry VIII

Some of the books that tell his story are the following:

Films have also been made that tell their story, for example: 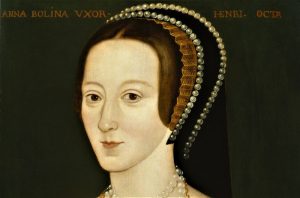